Else Brems – The Danish Gypsy 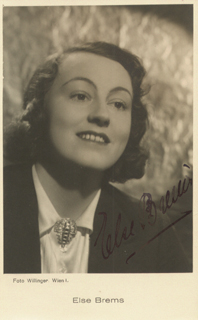 In 1942 The Danish State Radio Symphony Orchestra did a concert with Ernest Ansermet conducting Ravel’s Shéhérazade. Ansermet was very unhappy and anxious with the choice of soloist; he wanted a native French mezzo soprano in the delicate work, and did not imagine that a Danish singer would be able to do justice to his – and Ravel’s – language. But after the first rehearsal the conductor’s second thoughts vanished – for two reasons. The reason – Else Brems always emphasised this herself – was that she was able to produce a few packets of much-needed cigarettes for Ansermet – not easy to come by in German-occupied Copenhagen. But the modest soloist surely had more assets than this to win Ansermet over – her beautiful velvet tone, her dignified phrasing and her perfect French must have removed the last bit of doubt; here was not just a mediocre local mezzo, but a singer with the potential to sing repertoire like this anywhere in the world.

Else Brems’ career was nevertheless basically a local one, singing at the Royal Danish Opera in Copenhagen for three decades. She also toured Denmark with lieder and song recitals, she was a regular solist with conductor Mogens Wøldike, with whom she performed the Bach passions and Handel oratorios, and she was often required for song recitals and operetta productions at the Danish Radio, as well as appearances at the prestigiuos Thursday evening concerts with the Danish State Radio Symphony Orchestra. During the War she became a household name in her native country, and if the tenor Aksel Schiøtz was the most loved Danish male singer at that time, Brems was surely his female equivalent.

Else Brems was born on 16th July 1908 in Copenhagen into a very musical family. Her mother Gerda was a pianist and her father Anders Brems a clarinettist turned singer, concentrating on songs. He even made a few 78’s, as well as a singing manual. It was Anders Brems who first taught the young Else, and at the age of 17 she went with him to Italy and sang for no less than the ‘glory of Italy’, the baritone Mattia Battistini, who was now living in retirement outside Rome. He was very encouraging, and Else went back home with confidence in a future career as a singer. Her interest in the French repertoire was soon kindled in Paris, where she studied for four months with Charles Cunelli. On 3rd December 1928 she gave her debut recital in Copenhagen, and both public and critics were enthusiastic with the 20-year old mezzo with the sonorous voice and the secure musicianship. 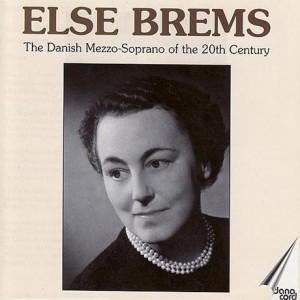 Next step on the career-ladder was a debut at the Royal Danish Opera, and a year later this became a reality. Else Brems started her operatic career with the part that would become hers like no other; Carmen. She had prepared well for it, and again she was recognised as the young Danish mezzo of the future. Bizet’s gypsy would later bring her to Vienna, Warszaw, Budapest and Stockholm, as well as to Covent Garden in London – where she in 1948 sang the part in English. In Copenhagen alone she sang Carmen at more than 100 performances. She fought hard against the traditional vulgar image of the character emphasising her more refined and delicate aspects, much helped by Leo Blech who conducted a number of performances of the opera in Copenhagen in 1930. Brems was able to seduce without rolling her eyes wildly or making large gestures.

A very interesting live recording was made in December 1937, when Else Brems was appearing as guest at the Vienna Opera with Bruno Walter conducting. He had waited a long time to do Carmen: “I have put it off until now, because I need a strong personality for the title role, a singer with real temperament. I believe that I have now found this in a Danish mezzo. Now I will be able to stage the opera as I think Bizet would have wanted it.” The few recorded excerpts from these performances (in German) have been reissued in the Wiener Staatsoper Live series, but unfortunately they devote more attention to the Michaëla of Esther Réthy and the Don José of Todor Mazaroff than to the Carmen of Brems. In 1944, however, she recorded both the Habanera and the Seguidilla commercially (in Danish) for the Tono company:

Here, as well as on the live recording from Vienna, one clearly hears the international class of the voice; her ravishing sound and thoroughly musical phrasing – a dignified Carmen, but not without sex appeal in the voice. 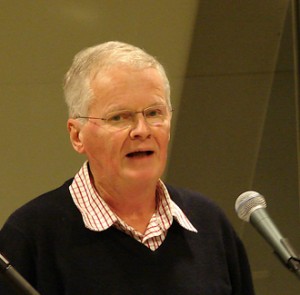 The recordings reveal a singer with a wonderful sonorous middle register, but also with a slight problem with high notes. “Brems was a wonderful singer within her rather limited range,” says Sten Høgel, lecturer at the University of Copenhagen, where he for several years taught alongside Else Brems. “She was uncomfortable with the high register, probably because she did not get the proper technical training early on. She should have been able to sing for instance the high B in the Seguidilla on Carmen, but the recording shows that it was not really within her range. G sharp seems to have been her upper limit.”

Sten Høgel is also the man behind the first major Brems-reissue; a double CD devoted to the most important Danish mezzo of this century. The set has been issued by Danacord, following the success of their much-acclaimed and prize-winning Aksel Schiøtz Edition – more details can be found on the Danacord home page here.

Else Brems recorded rather few operatic 78s considering her popularity, but among the finest are two arias from Saint-Saëns’ Samson et Dalila, recorded in 1945. Especially her account of ‘Printemps qui commence’ stands up against all competitors on record; she apparently has all the time (and air-supply) in the world, and her complete mastery of the French language is demonstrated fully.

In addition to these her most important commercial recordings, the Danacord CDs also contains a considerable amount of archive material from the Danish Radio as well as private acetates and tape recordings. The dentist Nanna Kallenbach had a number of off-air acetates made in the 1940’s, and these unique recordings gives us a glimpse of some more of Brems’ French repertoire, mainly music by Ravel and Debussy. Some of the acetates were in such a bad shape that they have probably been played for the last time during the work with the transfers for the Danacord CDs. Engineers Clemens Johansen and Niels Flensted from the Danish Radio has devoted countless hours of work to restoring the delicate originals, removing as much background noise as possible without changing or distorting the timbre of Brems’ voice.

It was not just an easy task to select the recordings, and the inclusion of the 1953-recording of Brahms’ Alto rhapsody was made after much consideration. A certain decline in the steadiness of her voice is apparent from the early 1950’s onwards. “I honestly don’t think that the recording of the Brahms is very flattering for Brems,” Sten Høgel admits. “Here you clearly hear the technical decline of the only 45-year old singer and I feel uncomfortable hearing how she has to do little tricks just to get through the piece; some of the glissandi she makes simply to survive to the top notes. It is a live recording from the archives of the Danish Radio, and when it first came out on LP Brems herself gave the permission. Later she told me that she regretted her decision, but many people wanted this famous performance included, and in the end I surrendered.”

Another interesting recording is of two exerpts from Gershwins Porgy and Bess. In 1943 the opera was heard for the first time in Europe at the Royal Danish Opera – in spite of threads of bombing by the occupying Nazi forces – with Else Brems as Bess, transposing some of the music down to suit her range.

Else Brems sang at the Royal Danish Opera for 32 years, singing parts like Lola in Mascagni’s Cavalleria rusticana, Orfeus in Gluck’s Orfeus et Euridice, Conception in Ravel’s L’heure espagnol and Siebel in Gounod’s Faust. Several Danish composers wrote operas especially for Else Brems, among them Knudåge Riisager and Ebbe Hamerik. An exerpt from the latters Marie Grubbe is included in the Danacord set, and on a Naxos reissue of live material from the Royal Danish Opera she can be heard in snippets from Kirke og Orgel by Johan Hye-Knudsen and Susanne by Knudåge Riisager – all works that have now (perhaps with good reason) fallen out of the repertory, but it is nevertheless well worth a listen if you are interested in hearing Danish opera of the post-Nielsen period.

Even though Else Brems later admitted that vocal technique never really had interested her much, she never lost interest in renewing the interpretations of her repertoire. In 1937, as a well-established artist of 31 with almost a decade of professional work behind her, she went to New York to study with Enrico Rosati, one-time teacher of Beniamino Gigli.

In 1940 Else Brems married the Icelandic tenor Stefan Islandi, a regular guest at the Royal Danish Opera. Together they got a son, but the marriage was not a success, and a divorce came through in 1949. The son, Eyvind Brems-Islandi, had inherited his father’s tenor voice, but he tragically committed suicide in 1974 at the age of 34.

By this time Else Brems was teaching a new generation of singers at the University of Copenhagen, and generally lead a quiet life away from the public scene. She was unwilling to talk about her artistic life, she never listened to her recordings, and was totally incapable of understanding that anyone could be even remotely interested in her career.

This shyness and modesty is perhaps also the reason why Else Brems is not a name that appears more often in the annals of the international opera houses. It was certainly not any language barriers that kept her away; she sang Carmen on stage not only in French and Danish, but also in German and English. Of course the War prohibited her work outside Denmark at a crucial time in her career, but more than anything is was probably Brems own modesty that in the end kept her away from a large-scale career. Within her rather limited repertory she was certainly in the international league, but she was just too nice a person to push herself forward.

Else Brems died in Copenhagen in 1995, and it was only after her death that Sten Høgel began research for the reissues on CD: “Time and time again I have wanted to ask Else for advice during my work, but all I can do is hope that she would have approved of my choices.” He is, however, proud and happy that the best of Else Brems is now available on CD. “She was a great artist and a wonderful person. We all loved her, colleagues and students alike,” says Sten Høgel. “She was a queen here at the University, and I feel a great joy that her finest recordings will now finally be available to collectors of beautiful voices and fine interpreters.”

© Henrik Engelbrecht 2016.
This article is a revised version of one that originally appeared in Gramophone’s special magazine International Opera Collector in 1999.